How can we involve citizens in debates at a European level? 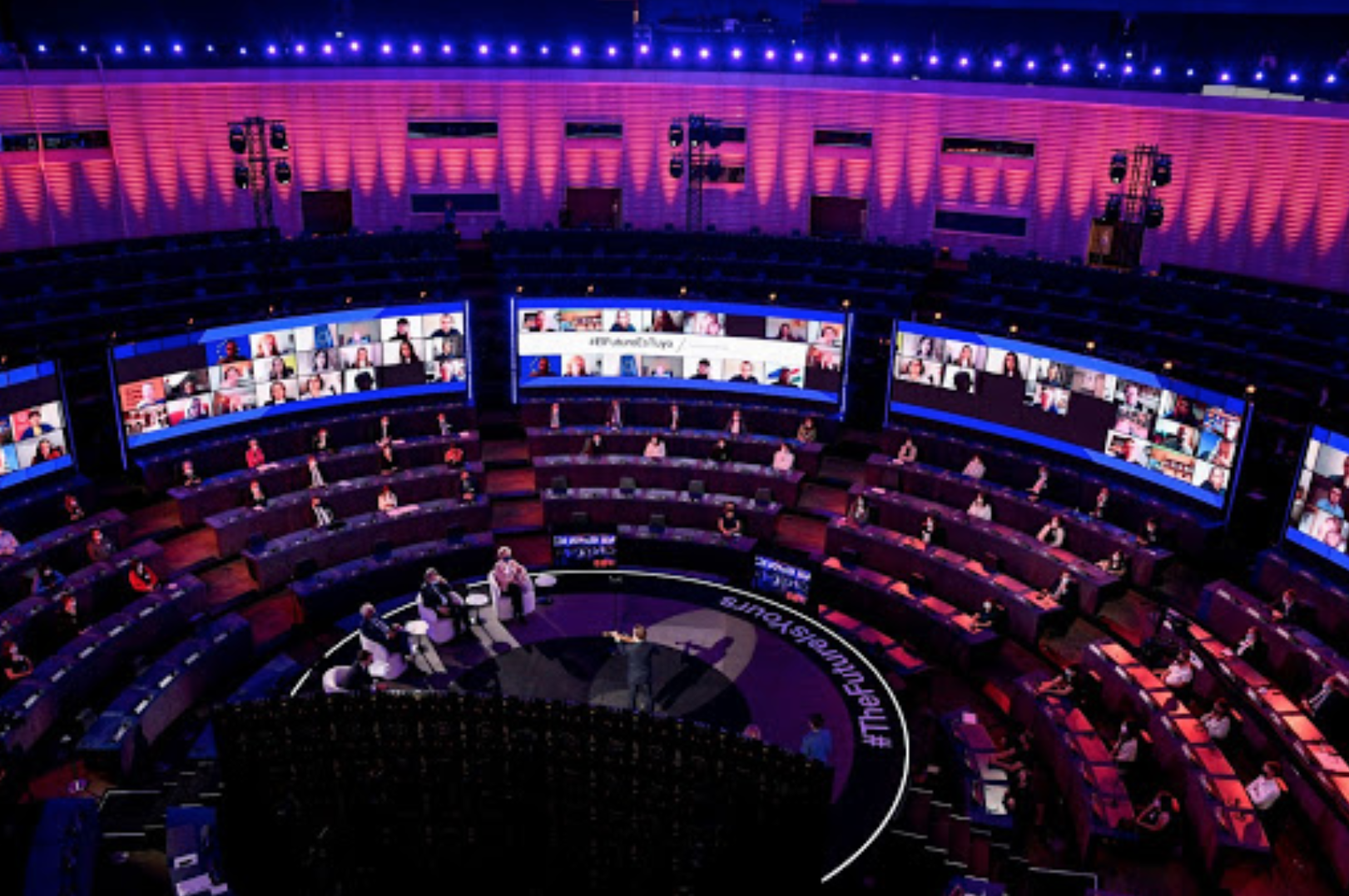 On Europe Day 2021, the European Parliament in Strasbourg hosted the inaugural event of the Conference on the Future of Europe. The Presidents of the EU institutions delivered speeches on their vision for Europe, following a welcome speech by President Macron. They all expressed their high expectations and faith in the Europeans participation, as a crucial element for the effective outcome to include a wide selection of topics during the conference. Since the duration of the consultation has been halved to one year, it is essential to maximize the involvement of the European citizens in the different debates.

At Stand Up for Europe we celebrated Europe week last Thursday evening, with an event hosted by StamEuropa civic space, with the involvement and presentation of Citizens Take Over Europe (CTOE), Pulse of Europe and other grassroots initiatives such as EU Sign Day mobilized by EUmans and ECI promoters.

The event was an opportunity to show publically the facility StamEuropa, a new civic place based at the heart of the European Union. It aims to bridge citizens to the institutions and their representatives, as well as become a space for Civil Society activities to enhance the visibility of their causes.

The first session covered a round of presentations by CTOE members who explained the work and activities of the coalition. It is a group of 49 civil society organisations that takes up the challenge to put citizens back at the center of European Democracy. How? By finding and enabling ways for citizens' participation in the Conference and beyond, by informing citizens on how to get involved in European democracy processes, and by coordinating local assemblies for deliberative practices.  Ultimately, the aim is to come up with a solid design of transnational citizens' assemblies at a European level.

There was time for some quiz and open-end questions to dynamise the presentation round and enable moments for the participants to have their say on democracy and the European Union. 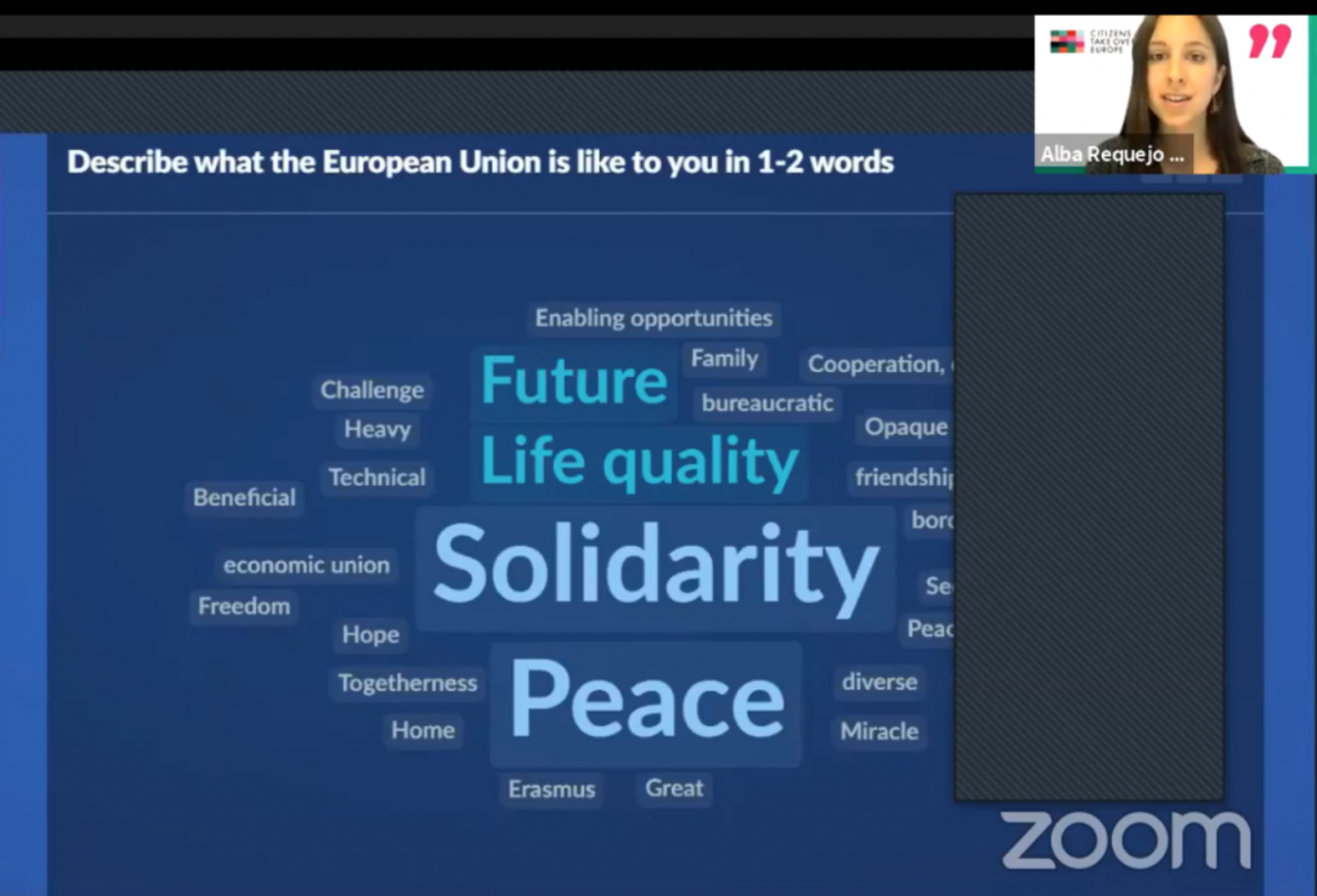 The second session was the European HomeParliaments meet Assemblies of Solidarity, coordinated by Pulse of Europe. For over 20 minutes, participants were put into random breakout rooms to discuss with their randomly assigned colleagues their views and concerns in response to the question on freely travelling after receiving a vaccination jab. The Members of the European Parliament, Margarita de la Pisa Carrión (ECR), Michaela Šojdrová (EPP), and Luděk Niedermayer (EPP) took part in the discussion.

Niccolò Milanese, director of European Alternatives, moderated the conclusion, selecting interesting points that came up throughout the conversation.

The MEPs directly exchanged their views with citizens in the breakout rooms. Then, they expressed their positions and concerns on the Covid (Green) certificate.

“Thank you for giving us the opportunity to share our experiences from the Parliament,” said Michaela Šojdrová.

“I loved this discussion because I think in the European Parliament we haven’t had something like that because the time to express ourselves is very short.” shared Margarita de la Pisa Carrión.

"I guess it's always better to have a European harmonized solution than treating something with different solutions […] I guess there is a big effort to make it in line with scientific knowledge as much as possible." - added Luděk Niedermayer. 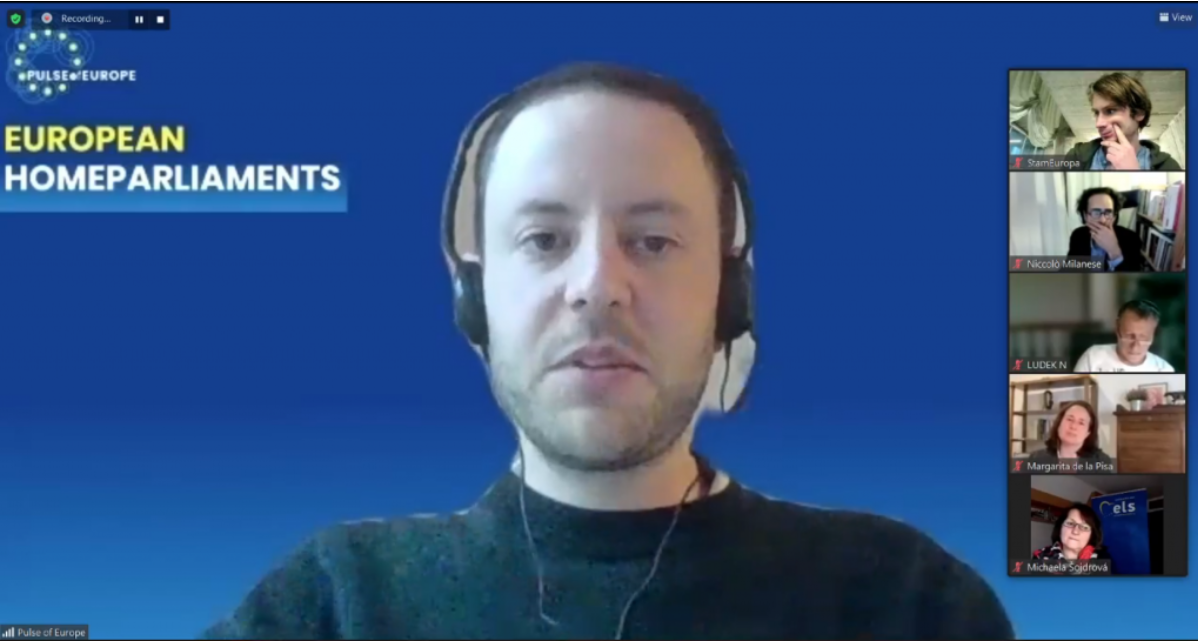 It was a rich discussion and a real exchange between people from different corners of Europe and members of the European Parliament.

Citizens play a key role in accomplishing the real inclusive involvement of all groups of the society from each member state. As to the configuration of the Conference, the plenary of the conference includes 433 participants, of which only 108 are envoys from citizens’ panels. The challenge is to make the Conference on the Future of Europe as inclusive as possible, especially considering those margins of society that are unable to have (full) access to digital tools and the media platforms set for the Conference.

How to participate in the Conference on the future of Europe?