We know that the challenges facing Europe are difficult because we live in a complex and globalized world. But we also know that together we are strong enough to face global issues.

Socially and culturally, we become masters of our own collective destiny. It is time that the European citizens get up to make their voice heard and contribute to building the Europe they want, the Europe of tomorrow.

Could you imagine a Europe, which is efficient, caring, fraternal and is a space of well-being for its citizens. A democratic Europe that does not get tangled in technical procedures, administrative regulations or competing public powers.

"Stand Up for Europe is a pan-European citizen’s movement. It combines the bottom-up mobilization and participation with a top-down reflection, both mutually reinforcing. We aim to become a prominent federalist and pan-European think and do tank" 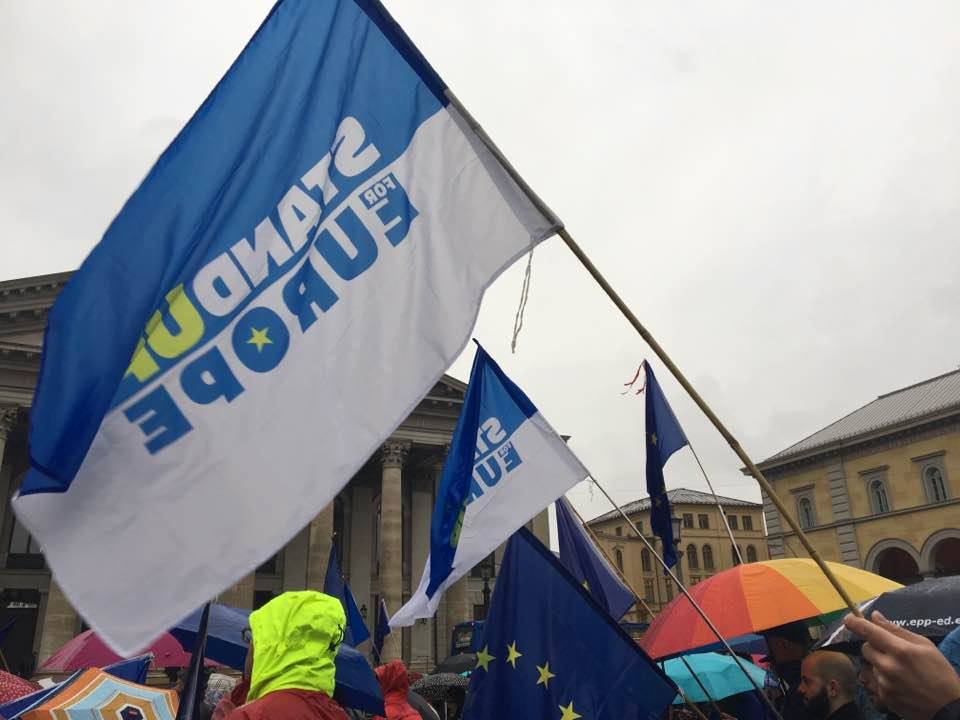 Why a European movement at a city level?

We believe mobilisation at a city level can bring Europe closer to the people. Europe is often seen very far from the people. One way to change that is to create a strong and direct link between what is done at the European institutions and what is done in our neighborhoods, in our cities, where each one of us can take action as a citizen.

Because cities are where it all happens. Cities are hubs where people meet, create, innovate and tackle key global challenges (e.g. climate change, migration, economic crises, security) as well as local ones (e.g. social inclusion, health, education, unemployment). Cities are places where people strive to be happy living side by side and sharing common public spaces. Cities are also places where inclusive identities can flourish on the wealth of the cultural heritage, traditions, and resources that each individual can bring regardless of its origin and way of life.

Because cities are our history. Cities have also been laboratories for democracy and political evolution throughout history: the city-states in ancient Greece (e.g. Athens, Sparta), the Maritime Republics in Italy (e.g. Venice, Genoa, Pisa) or the Hanseatic league in Northern Europe (e.g. Hamburg, Lubeck) are just some examples of how cities played a crucial part in our shared history.