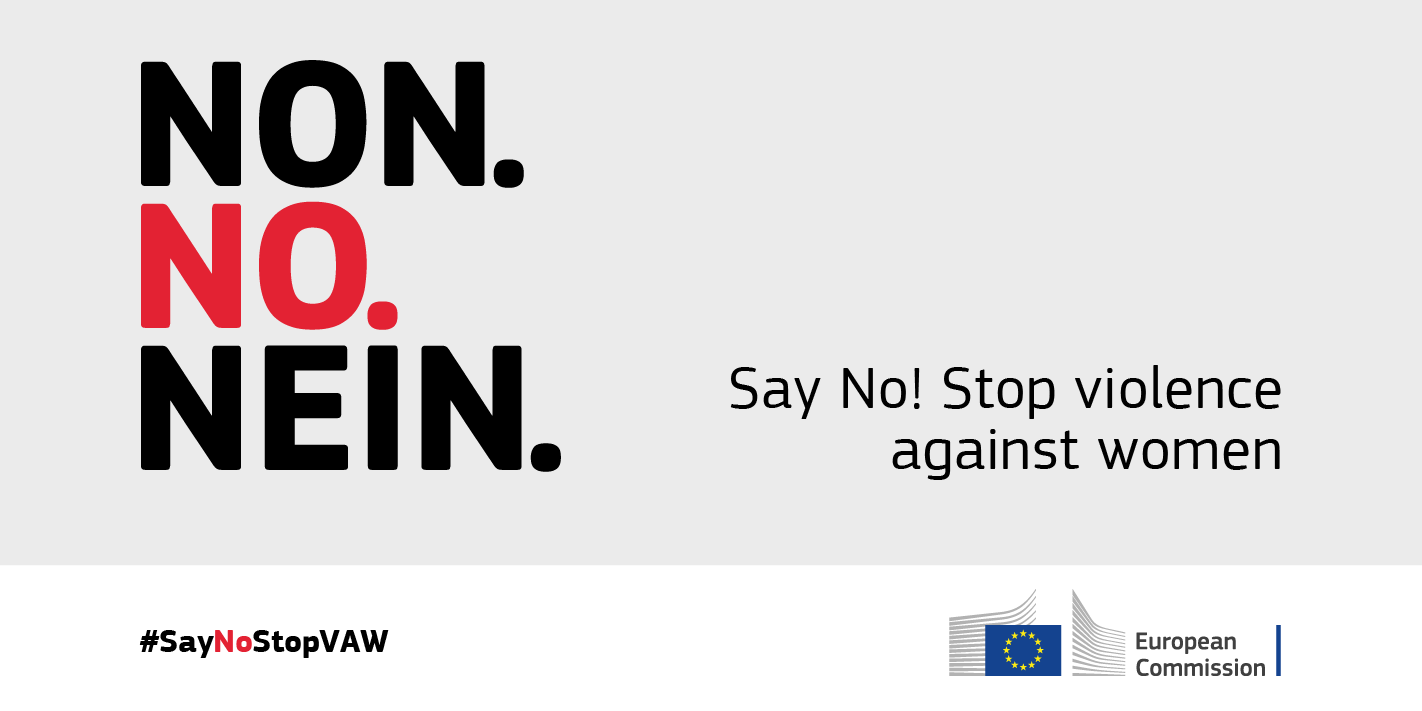 A European perspective on Violence against Women
It is 8 am on Wednesday 25th November and the smell of freshly brewed coffee marks the start of my day. I dunk way too many biscuits in my cup of warm milk - which most of my non-Italian friends call “making a soup” - while I watch the headlines of the morning news on television. Today is the International Day for the Elimination of Violence against Women. While the host is summarising figures and trends of crimes against women in Italy in 2020, there comes the news of yet another 2 women killed by their partners during the night, bringing the year total to the shocking amount of 931.

I feel sad and ashamed of my own country. I am instinctively sure that within the EU, this is a very Italian problem: after all, rehabilitating marriage2 was legal and honour killing3 was a mitigating factor for murder until 19814. This means that women who were victims of rape could legally be forced into marriage for the sake of reputation; also, if a woman was murdered, her killer could receive reduced punishment if the motive was linked to her bringing dishonour to the family.

'Is violence against women an Italian problem though?' Surprisingly, no.

If we look at the figures5, it seems that many European countries, including Germany and France, have a higher incidence rate (women killed per hundred thousand inhabitants) than Italy, but those figures do not fully represent reality. Thirteen EU member states are not providing data and those that do have no common methodology6 on how they collect and analyse information. Each country also has different policies and procedures for their national police forces and this adds a level of complexity as the same situation is interpreted differently by different justice systems.

In short, the available data shows that violence against women, in all its guises, is an issue common to most European countries. However, we do not count with a comprehensive or reliable data pool yet. And without clear and meaningful data it is almost impossible to elaborate a collective framework and make consensual decisions on prevention, best practices and justice. There have been attempts to bring the international community to an agreement nonetheless, the latest of which is the Istanbul Convention (2011). So far the convention has been adopted by most EU member states, but 7 have not yet done so in spite of a recent resolution (Nov. 2019) by the European Parliament, requesting them to. The EU is once again broken up by disagreement among its member states, and 9 years after its appearance the Istanbul Convention has not yet evolved into a common approach.

On top of institutional efforts, social initiatives are trying to raise awareness about women rights. UNESCO launched #OrangeTheWorld7. The art installation ‘Zapatos Rojos’ (Red Shoes) by Mexican artist Elina Chauvet entered many European squares in 2012 and never left them, becoming a symbol of reaction against violence on women. Taking the debate to the streets was not an option this year, unfortunately, as 2020 presented victims of violence with yet another challenge: the COVID-19 pandemic and lockdowns forced many women into the clutches of their oppressors and into more economic dependency than ever before8.

So… what comes next?
The EU has put in place a comprehensive Gender Equality Strategy plan for 2020-20259 which includes the following objectives:

Commendable, but very un-relatable. Tangible efforts should be given much more visibility. This year alone, the European Commission spent € 12.375.879,51 on funding to 26 initiatives10 aimed at “prevent[ing] and combat[ting] all forms of violence against children, young people and women”. In 201911 this same programme funded 28 projects with a total spending of approx. € 11.700.000. Back in 2016, € 4.000.000 was spent on funding to 11 projects12 “to promote the access to justice and support of victims of gender-based violence and the treatment of perpetrators”.

European money well spent, considering that according to a 2014 survey by the European Agency for Fundamental Rights (FRA)13, 78% of women in EU perceive violence against women as a very or fairly common occurrence in their country and 53% of them actively avoid places or situations for fear of being physically or sexually assaulted.

The 28 million euro investment in the past 4 years did not prevent the death of Aisha El Abiou, 30, mother of three, and Loredana Scalone, 5114, both killed in the early hours of 25th November 2020. What could have saved them?

An EU directive could have helped, or, even better, a regulation15, which would have aligned legal definitions and interpretations and would have given a shared legal framework for prevention and prosecution. Not all forms of violence against women however are viewed as cross-border crimes16, which is a requirement for EU institutions to be able to mandate the adoption of a legally binding piece of legislation. In fact, the Istanbul Convention only sets out minimum standards, which then need to be adopted into each country’s own law. This of course depends on what definition and interpretation national laws give of a certain crime.

Hopefully, the chances of having specific EU legislation to combat violence against women will be higher in a close future, as data gathering improves. So for now it is up to European citizens to contribute to the Gender Equality Strategy plan on a personal level and take action to challenge stereotypes and patriarchal traditions. If you are looking for inspiration then I encourage you to launch a Wikipedia search and find out who Franca Viola is.

2 Article 544 (1930) of the Italian Criminal Code defined sexual violence as a crime against morals and not against a person. Thanks to the institution of rehabilitating marriage, Article 544 mandated that all charges against the rapist would be dropped if he married his female victim. Consent of the victim was not explicitly mentioned, but social pressure would often be enough to force the victim into the marriage, especially if the rape resulted in a pregnancy.

3Most often, the murder of a woman or girl by male family members, punished with reduced sentence. The killers justify their actions by claiming that the victim has brought dishonour upon the family name or prestige. (From https://www.britannica.com/topic/honor-killing, 10 Dec 2020).

6 “Comparing (Eurostat–UNODC) data across Member States is challenging because of different data recording methods and differences between criminal justice sources at country level. Different authorities collect different data on violence against women and the quality of the data varies significantly.”, from page 10 of the 2017 EIGE Report on Terminology and indicators for data collection. Full report: https://bit.ly/34hsn4y

15 As per Article 288 of the Treaty on the Functioning of the European Union: "A regulation shall have general application. It shall be binding in its entirety and directly applicable in all Member States. A directive shall be binding, as to the result to be achieved, upon each Member State to which it is addressed, but shall leave to the national authorities the choice of form and methods."