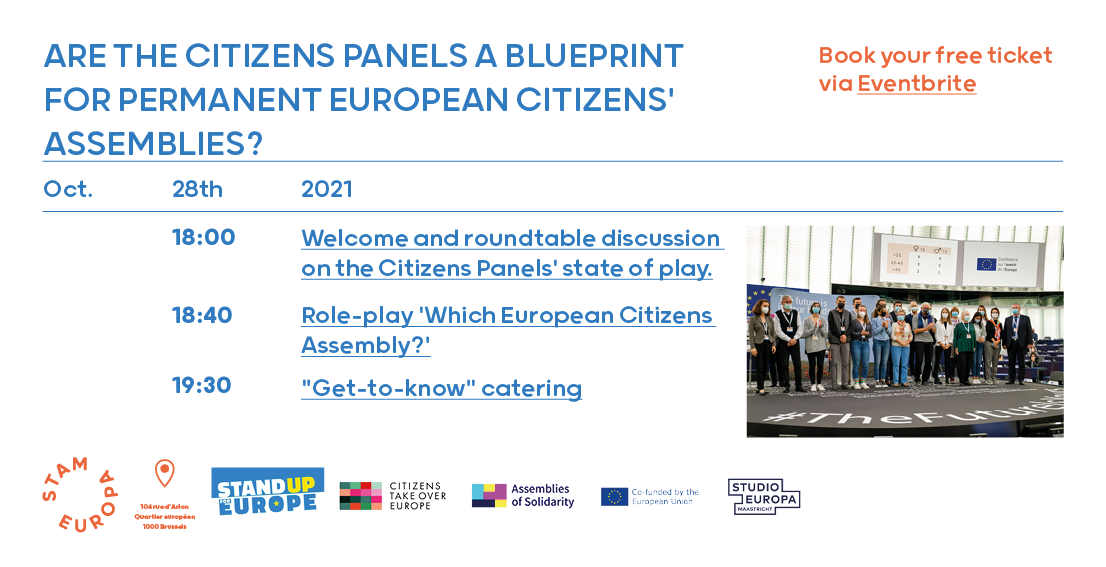 Democracy is one of our fundamental and cherished European values. In the past years, the will of European citizens has become more evident and expressed through mechanisms of participatory democracy, such as the European Citizens Initiatives and public consultations (ECCs), besides mass-scale surveys. The latter democracy tools feed into our European common direction but are ultimately absent from the political discourse.

Since the start of the Conference on the Future of Europe in May 2020, we are witnessing for the first time an exercise where citizens have the chance to "play an active role" in European democracy, namely through the Citizens Panels.

Join us on Thursday 28/10 at 18h CET and take part in this exciting programme:

18: 00 - 💬 Discussion among different stakeholders exploring the ongoing Citizens Panels - This part will be live-streamed. So, you can follow the discussion from home! 🙌

18:40 - 🗣️ Roleplay: A blueprint for a European Citizens Assemblies: Which model fits best the Future of a democratic Europe?; Participants are divided into groups and give arguments in favour of their model to convince their peers with their seductive advocacy tactics.

*In compliance with the health regulations the Covid safety pass will be asked at the entrance.*