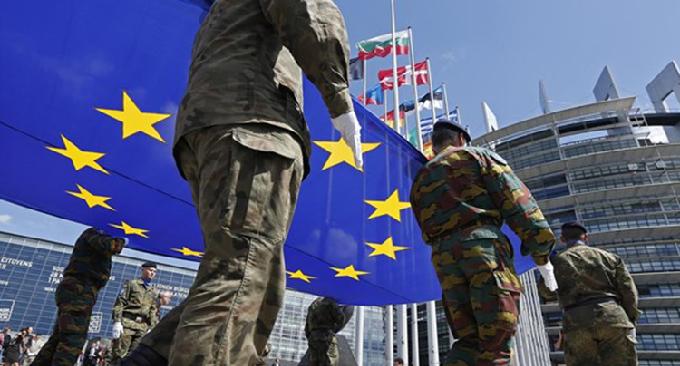 The tragedy of history is making a comeback in a Europe that has believed a little too much that peace had become a definitive thing. For the rest of the world is not Europe, and from accepted autocracies to democratic societies in crisis such as the United States, this rest of the world is becoming very worrying.

Yet the unspeakable war waged in Ukraine by dictator Putin's Russia has acted as a catalyst that few would have dared to bet on. NATO, which was predicted to be clinically dead two years ago, now seems to have been resurrected, with the transatlantic relationship reinvigorated after the Trump years, even if mutual distrust remains. The European Union, which had certainly shown that it could act in a coordinated manner in the face of the pandemic, but had been seeking this elusive strategic autonomy for so long, is now tilting towards geopolitical activism, the consequences of which it has yet to fully grasp and assume.

In this series of tipping points, the turning point in German policy is an inflection point in the course of German, but also European, history. On Tuesday 22 February, Germany, after Russia's recognition of the two self-proclaimed Donbass republics, gave up on a major economic project, the Nord Stream II gas pipeline, which had been supported by 20 years of a dangerous policy of accommodation with Russia.

On Friday 25 February, after the Russian attack, it decided to depart from its post-war policy of not delivering arms to a country at war. Finally, on 27 February, in a landmark speech to the Bundestag by its new Chancellor, it decided to set up a 100 billion euro fund to bring the inefficient Bundeswehr up to standard and to increase the share of GDP devoted to defence to 2%, after having disinvested over the last thirty years.

For Germany, the turnaround is brutal. For the new coalition first of all, it is the abandonment of a policy of appeasement, even of complacency with Russia, led by two successive chancellors, coupled with an energy policy, which, although virtuous in certain respects, still increased the country's dependence on a regime in full hardening.

But it is above all for the Germans that the Ukrainian crisis is a breaking point or, to put it bluntly, a sudden release. The feeling of guilt for the crimes committed under National Socialism, present even in the younger generations, is a reality that is not sufficiently measured outside Germany. This has led the country to refuse military commitments for a long time and has also made it unwilling to play a prominent role in diplomacy or even to assume its role as the leading European economic power. Of course, it was comfortable to shelter under the NATO umbrella, and once the wall fell, to reduce military budgets to the point of making its army, which was a formidable force in the face of the communist peril, an object of derision by the Germans themselves and an object of criticism by their allies.

For the Germans, who massively support the turn taken by their Chancellor, a turnaround also assumed by the Green ministers of the government, the time has come to turn the page of this 77-year post-war period, a long time which is that of a man's life. For Germany, it is a sign that it must return to history, at a time when history is once again bursting into our lives as Europeans. For Germany, the time has come to take up arms in the name of law and freedom. For Germany, it is a farewell to a farewell to arms.