A contemporary perspective of religion in Europe

"I am very prudent to say Christianity is part of our identity. In my case it is. This is only true for us who know what happened, have a fairly balanced, and critical understanding of how it influenced our society. You cannot ask our contemporary society to have Christianity as their trademark." 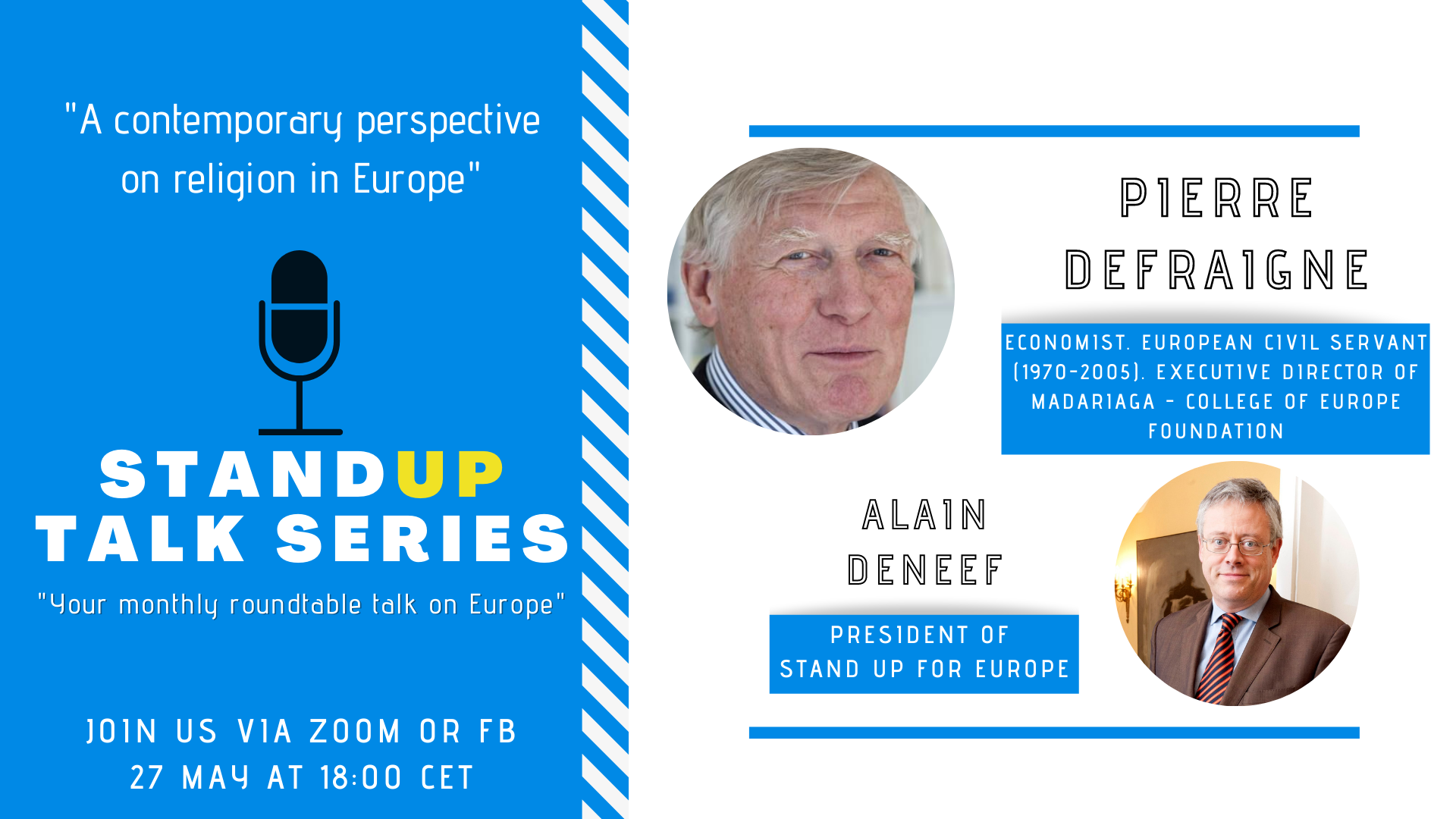 Pierre Defraigne is an Economist (ULg, UCL, Harvard), and a European civil servant from 1970 to 2005 when he retired as Deputy Director-General in DG Trade in March 2005. He has set up the Brussels branch of the French Institute for International Relations (Eur-Ifri), which he managed from 2005 to 2008. Pierre is currently the Executive Director of the Madariaga – College of Europe Centre.
Pierre is a visiting professor at the College of Europe in Bruges and at Sciences Po Paris (Paris School of International Affairs) who regularly publishes on EU-China relations, eurozone governance, and macroeconomic issues through the Centre’s Madariaga Papers. He also frequently publishes articles in numerous newspapers and journals and is invited to speak at conferences as well as interviewed by television and radio stations.