Dis-integration is not the same as 'disintegration', if you look at it from the right angle 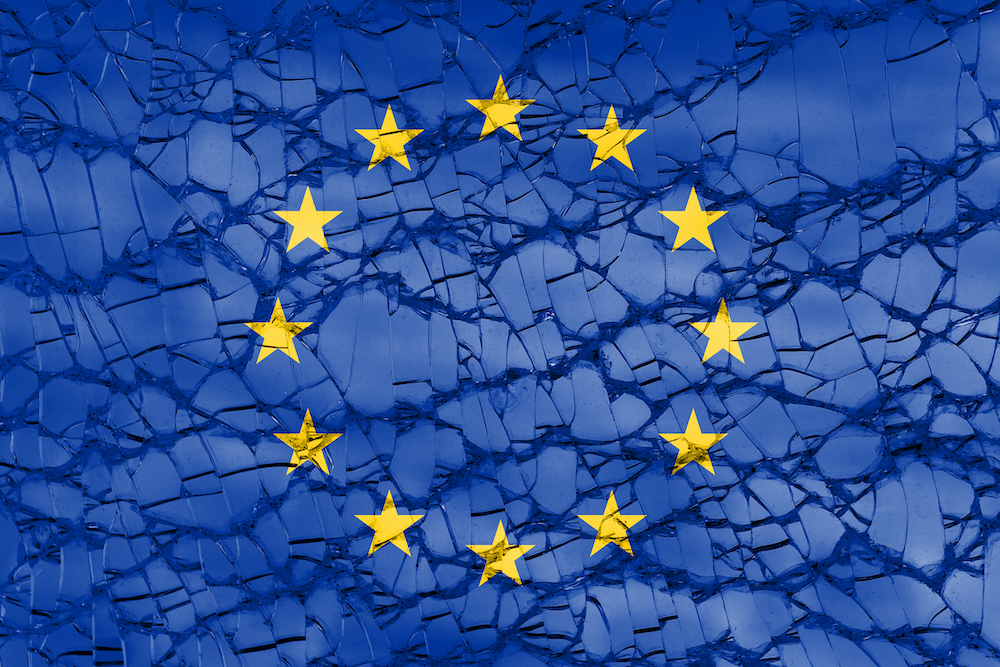 Step back, take a deep breath, and change perspective. It is, without doubt, one of the greatest things anyone can do in order to understand a problem better and focus on what really does matter. Doctors, managers, and coaches often speak about the benefits of having a moment of pause and meditate on tricky issues and their solutions. However, our world is more inclined to a very fast-paced changing environment and sometimes the main actors in the international system do not have the time (neither want) to step back, relax and see things from a different angle. This sounds very accurate to me, more specifically with the example of the European Integration, with its most recent and controversial development: the Brexit case.

Curiously, until the Brexit referendum on 23 June 2016, the political and economical integration in Europe had been a one-way process. A process is driven by a specific goal: increasing as fast as possible the level of integration in Europe. Since the Schuman declaration, the majority of the countries in Europe have developed and signed different regional integrations, from kick-off free trade agreements to not-perfectly shaped forms of political union. This is not limited to the European Union. Rather it encompasses smaller and bigger integration agreements signed by different countries, as well as cross-border regions. In the last decades, however, precisely with the resounding Withdrawal Agreement Act(s), the European integration process felt a sudden jolt that might have changed the direction of the European -beloved- integration.

To make matters worse, since that moment and every now and then, new countries have been pointed out as the next breachers or ‘exiters’ of the EU integration, such as populist groups, and the so-called ‘Traitors of the Union.’ And now the question is: “Are they really like this?” Instantly the answer is: “Of course they are. They are leaving or falling apart from our amazing ‘European Dream’ and thanks to them I cannot… I cannot…” and here you can insert one of the countless theories. This is a timely moment to step back, take a deep breath, and change our perspective because decreasing the level of our integration might not be the worst thing happening to our beloved European integration.

Trying to dig into history, there are not many cases of European regional disintegration, a concept often misused by public opinion. Indeed, disintegration might be received with a very positive approach.

A peculiar example is Greenland. When Denmark joined the European Community in 1973, Greenland as a Danish territory, joined the communities. A few years later in 1979, and just after gaining autonomy, Greenland left the communities establishing a basic integration with the then-future European Union. We might consider this event as the first example of differentiated cases of European Integration. For the first time, a region of a European Union country was granted a different integration level. Greenland kept strong relations with the EU, maintaining its dependency status and becoming later part of the Overseas Countries and Territories (OCTs).

Today the relations between the EU and Greenland are very solid and it is not a surprise that the European Union today is its most important partner in different sectors. Greenland has bilateral agreements in the form of partnerships in specific areas; it is eligible for EU funds, and EU citizens do not need any visa to go there (some luckier countries might also go and work, study or live there without restrictions). Greenland has also its own representation in Brussels and its own specific relations with some Member States, keeping its own autonomy (Gad, Ulrik Pram. 2013).

The case of Greenland is as fascinating as it is an isolated case, and reflecting (after a deep breath or two) on it, it opens up new hypotheses for the future of Europe and the European Union. Indeed, if this mechanism of integration can work in such a case, why could it not be extrapolated to another case as its most famous ugly cousin Brexit? Or to other countries or regions? Such consideration raises other big questions related to European integration. For instance, to name a few, the limits of the “one·size·fits·all” approach of European integration as well the “ N speed Europe”, among others.

To sum up, it is true that in terms of size, the territory extension is quite different and the Greenlands numbers are way smaller than the United Kingdoms’ one but this should not be taken as a limitation but rather the opposite. Definitely, both the EU and the UK will need more time and capacity to discuss different areas of competency and policies, yet the road is absolutely walkable. With this showcase example and after having stepped back, taken a breath, and changed perspective, dis-integration (the opposite process of integration) is not the same as disintegration (a process that leads to dissolution). At least for now.