Can the Conference on the future of the E.U. deliver anything but a damp squib? 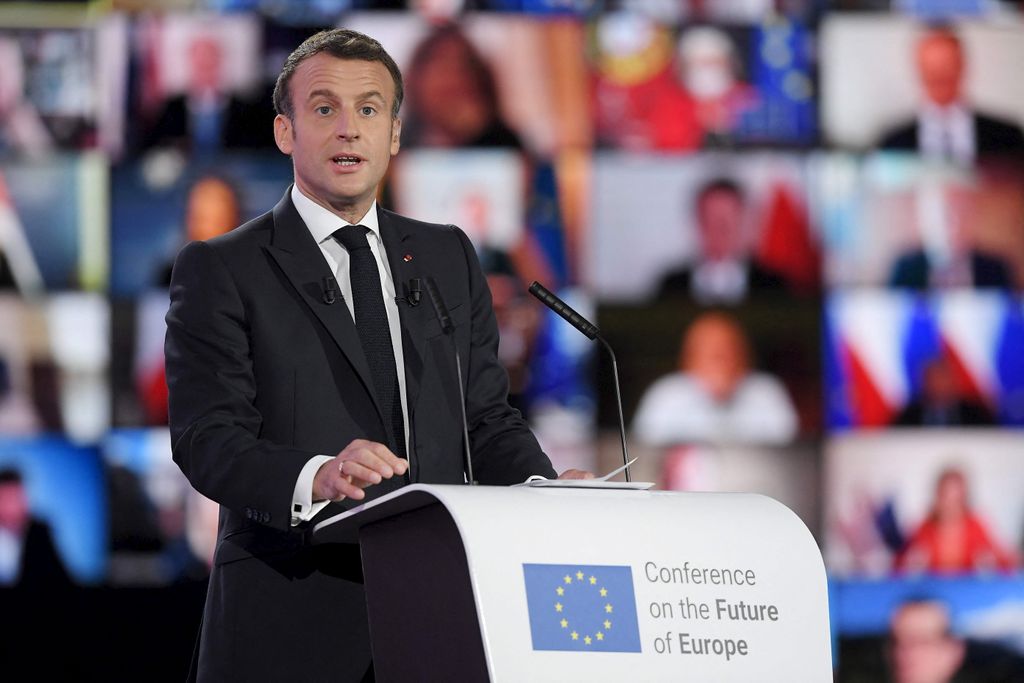 On the eve of the Conference on the Future of the European Union, whose preparation and work has - and will - be heavily influenced by the pandemic, one should wonder whether the new political environment has been impacted to such an the extent that the capacity of the debates to offer credible answers to the challenges facing the Union is put into question.

Even if this development is the result of a process initiated several decades ago, the pandemic has crystallized its emergence and its growing hold over a broad segment of public opinion. Thus the historical “left – right” divide opposing socio-economic models around which ruling parties alternated in implementing programs sharing a corpus of “centrist” values, has been progressively replaced by a new opposition between proponents of “universalist, individualist, humanist and democratic” values and those prioritizing “sovereignty, protectionism, security and authority” leading to a significant shift to the right-wing of the political spectrum. If the former divide was broadly compatible with the values enshrined in the EU Treaty, this might no longer true if an authoritarian regime came to power.

It is ahead of the Conference that one should address the question as to whether reforms, however indispensable, are susceptible to garner the necessary support to ensure their implementation. These concern primarily matters relating to the Union’s governance, its sovereignty (and therefore that of its Members), its competencies and its institutional architecture. Skirting around them carries the risk of perpetuating the blockages of which the Union has suffered since the Lisbon Treaty despite some notable progress; these painfully negotiated amendments are subject to doubtful compromises which all too often inhibit any further progress, as was demonstrated recently in stands taken by Poland and Hungary.

Hereinafter we list some of the key points of contention that must be addressed. Failing to do so, the Conference, rather than preparing for the future, will put the spotlight on irreconcilable differences and accelerate centipede forces that threaten the very survival of the Union.

On the question of governance, a first key question concerns the elimination of the need for “unanimous consent” still prevailing in key matters. This “veto power” opens the Union to blackmail and allows particular interests to prevail over the general good. While measures providing for the protection of minority rights should prevent the abuse of power, the Union should, nevertheless, be able to carry out its mission without the fear of paralysis, synonymous to inefficiency.

Furthermore, the Commission should be endowed with the necessary powers to fulfil its obligations as “guardian of the treaties”. Is it acceptable that it is not in a position to enforce the obligation of all the Treaty signatories to adopt the single currency, either because the MS refuse, or that the Commission ignores the transgression or is subject to pressures from the Council? This situation increases the vassalization of the € to the $, at a time when the rivalry between great powers mobilizes their respective currencies as arms of mass destruction, rendering the superposition of the EU and the Eurozone an urgent priority.

On a different plain, the pandemic offers an emblematic example of dysfunctionalities stemming from the urgent transfer of new responsibilities to the Commission (health) but in which, failing the appropriate legal framework, the MS retain an individual right of oversight leading to unnecessary delays and diluting accountability. This phenomena was noticeable in the group ordering of vaccines, in the difficulties encountered in harmonizing mobility rules within the Schengen area or to agree on the modalities and usage of a proof of a vaccination document: will Hungarians, vaccinated with shots not recognized by the EMA be subject to discriminations? Will MS be compelled to apply protocols uniformly, etc.?

On the subject of the environment, that ignores the existence of borders, policies should not only apply transversely but should also include a significant amount of EU financing. It raises the question of significantly boosting the Union’s “own resources”, capable of validating the sustainability of an increase of its underdeveloped borrowing capacity, without weighing unduly on MS’s finances. This requirement reinforces the above-mentioned argument for extending the Eurozone to all MS.

The constant tension between a “shared sovereignty” at Union level and “national sovereignty” requires a major clarification in order to enable the Union to function rationally. It means addressing the subject of sovereign powers among which one can mention the need to confer upon the EU the exclusivity of foreign affairs as well as of the representation of the Union both in third countries and within international organizations, including the UN Security Council. Furthermore it is necessary to reform the Dublin protocol and entrust the Commission with the implementation of policing of the EU’s external borders and immigration policies, a necessary condition to protect the free movement of people within its territory. This is the price that MS must pay to enjoy true sovereignty and not fall individually into the clutches of the military, economic and financial power of the USA (or China), which the EU is not only capable of resisting but, far more compelling, can compete with on equal terms.

Finally let us mention institutional reform: first one should enforce changes already included in the Treaty such as the reduction in the number of Commissars. Additionally, it is imperative to agree on a clear hierarchy of norms and the geographical area in which decisions taken at different levels of power are applicable: is Germany ready to subordinate its constitution to the primacy of EU law? Furthermore, imposing a single voting method (which ever it may be) for the European Parliamentary elections across the 27 MS would reinforce the Assembly’s democratic legitimacy; it would also encourage the emergence of truly transnational parties focussing on the Union’s rather than national priorities, strengthening the bond between the EU and its citizens.

One could multiply the matters and examples of challenges facing the Conference; its conclusions should be viewed as a preparation for a future Treaty change and enjoy the broad support of public opinion kept fully informed during its working sessions. This may seem to be an insurmountable obstacle at a time when large segments of the population are focused on security, preservation of their living standards, job security, and health preservation, spurred by political parties that capitalize on the growing acceptance of restrictions to public freedoms induced by the pandemic. These risks should be weighed against the consequences of a failure of the Conference which could be the prelude to the dismantling of the Union. These very high stakes should figure at the centre of the national ballot taking place in Germany next September and the French Presidential elections in May 2022. Will France show itself ready to sacrifice a French Europe on the altar of a European France?

European citizens are confronted with an existential choice: to arm themselves through a more deeply integrated EU with the necessary tools to forge their own destiny or succumb to the pleadings for retrenchment behind the illusory protection of national boundaries; such a retreat would lead inexorably to a fall in living standards and the exercise of freedoms enjoyed by the majority to the detriment – already noticeable – of increasing inequality benefitting an ever smaller number of the privileged few.

Director, European Commission (ret.); Member of the Advisory Council of “Stand Up for Europe”.